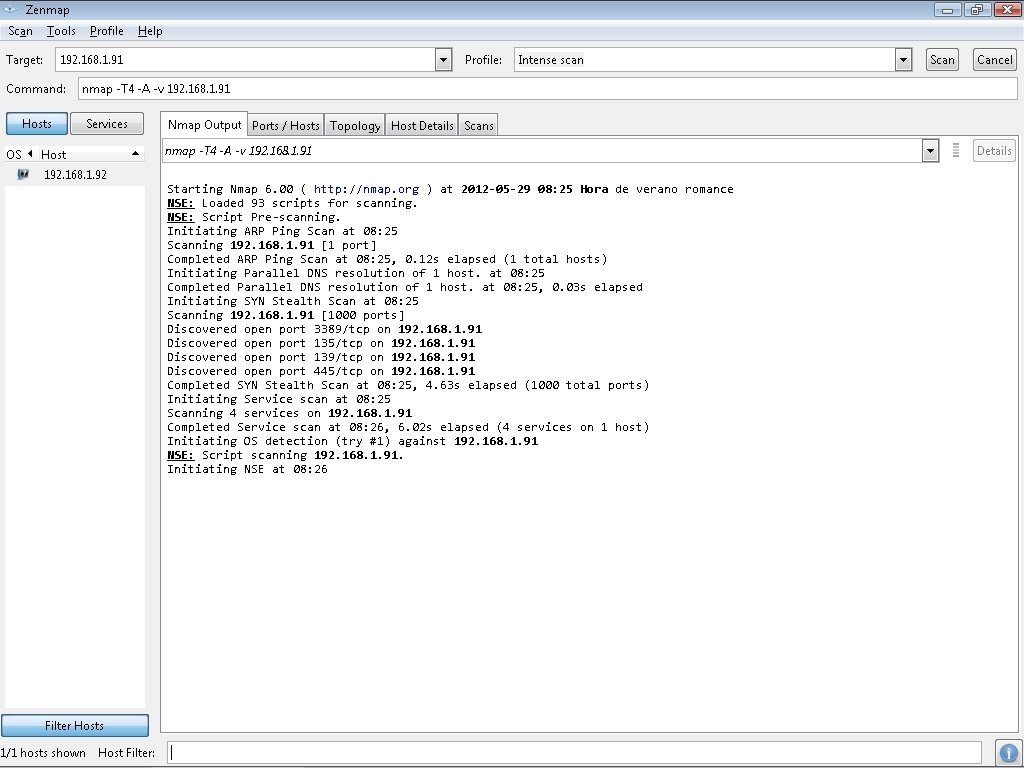 When it comes to completion of a network control and analysis of the ports used from any computer one of the best tools that can be used is Nmap, a program that can be used by command line, but distributed with its own front-end or GUI (Graphical User Interface): Zenmap.

Easily discover the weaknesses of your network

The main idea back Nmap and Zenmap is to detect the status of all ports of a network, in such a way that after entering the IP of any computer in a network the user will be able to find out which doors are open and which are closed.

At the same time, Nmap also monitors services that are active on the analyzed computer, in such a way that you can find out what is being used. Also, Nmap can Provide the user with information about the installed operating system on the objective computer and in which version (a technique known as fingerprinting).

As a strange detail, it is worth noting Nmap has been used to a greater or lesser degree in some Hollywood movies, with his appearance at Matrix reload causes a lot of gossip on the net.

Therefore, if you want to know the weak points of your computer network, you should only download Nmap Free.

We use cookies to ensure that we give you the best experience on our website. If you continue to use this site we will assume that you are happy with it.Ok